Meghan Markle says that she is in love with Prince Harry 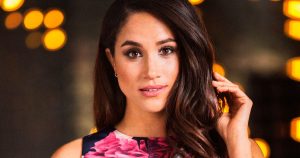 Megan Markle who is a well-known actress from the “Suits” and a philanthropist, opened up on Vanity Fair about her love life.

She said that she is in love with Prince Harry and she is taking this time to enjoy their time together. She has remained private about her relationship with the Prince because she believes that this time is so special and she just wants it to be theirs for now.

Their relationship started in July 2016, and the pair have since spent a lot of time together traveling around the world including Botswana, Jamaica, London and other destinations.

The pair have tried hard to avoid the paparazzi, which has made the public even more curious.

She said that sometimes it’s a challenge to keep their days normal, but she has a great support system, which makes things a lot easier.

Serena has been friends with Megan for many years and once said that she has a beautiful personality and that she shouldn’t hide it from the world.

Abigail also added that Megan has a warm elegance, that makes her classy and timeless. She went on to say that when she speaks to Megan, she feels like she is the only person in the world. The star also said that she is so glad that she has found love with Prince Harry.