Meghan Markle’s proves that she wears the royal pants 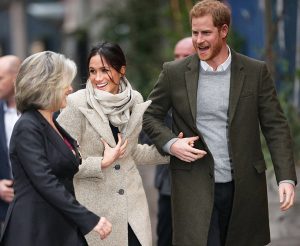 After Meghan Markle and Prince Harry got engaged in November last year, the couple has made some public appearances as a couple. Although most royal ladies opt to wear dresses and skirts, Markle chose to wear pants. Although it isn’t revolutionary, Markle’s fashion statement says that she is sticking to her personal style.

Markle has chosen a welsh brand pair of jeans as she believes in their sustainable business model and their goal of helping local talent. She also believes in supporting local companies and does this by merely wearing their clothing.

The next week Markle and Prince Harry visited a youth-led radio station and Markle opted to wear a Smythe’s Brando camel-colored coat and wide-leg Burberry black pants. The pants Markle wore was on trend as they were wider and ideally suited for this casual engagement which was a charity close to Prince Harry’s heart. Plus, Burberry is a classic British brand, which means that Markle is experimenting with British brands.

Although Markle’s future sister-in-law Kate Middleton, the Duchess of Cambridge, has also worn pants she prefers to wear dresses and skirts, paired with dress coats.

Markle’s relaxed attitude to moving into the Royal family is refreshing as it means that Markle can still be the actress and role model she has always been.