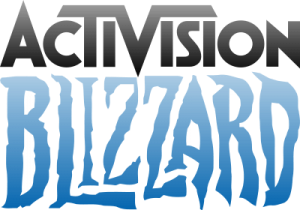 The Santa Monica, California based Activision Blizzard, a major online gamer was formed in 2008 through a $19 billion merger of Activision with Blizzard Entertainment.  The merger resulted in 61.5 percent ownership of the company by Vivendi of France.

Activision Blizzard is getting ready to release, Mists of Pandaria, another extension of its popular online game, World of Warcraft, a multiplayer game in September 2012.  It will debut a new race of people with a new language, unusual traits, a new adventurer class outfitted with special weapons and armor.

The Activision Blizzard recently formed a joint venture with the Tencent Holdings, China’s largest internet provider to make the company’s most popular game Call of Duty available online in mid-2013 in China.  It will be free to play with game gear and accessories available to purchase.  Tencent, China’s number one online gamer currently has a free-to-play game similar to Call of Duty known as CrossFire.  Activision Blizzard also has a current agreement with the China’s No. 2 online gamer, NetEase which will market its World of Warcraft.  China has a booming online gaming market.

Already planned new game consoles from Sony, Microsoft and Apple in 2013 will help Activision Blizzard to expand its foothold in the online gaming market.